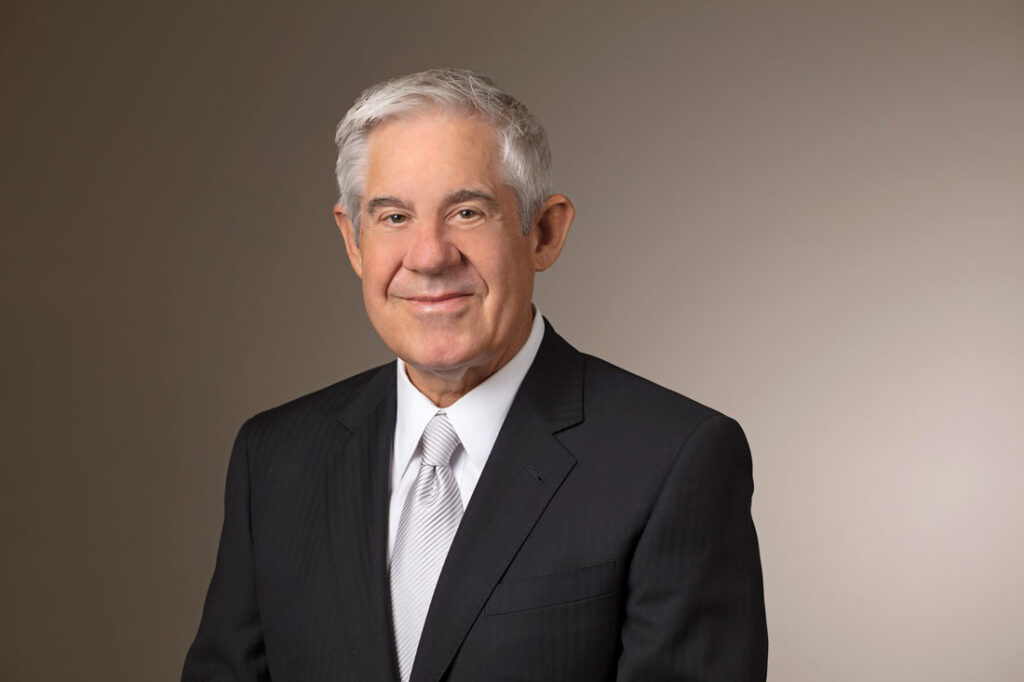 A founding partner of the firm, Greg has over 35 years of experience as a construction lawyer, and focuses his practice on the negotiation and drafting of design and construction contracts and the arbitration and mediation of construction-related disputes.   Greg is also a member of the American Arbitration Association’s Panel of Neutrals, serving as an arbitrator on complex construction disputes nationwide.  Greg resides in Sanibel, Florida, with his wife, Lisa, but he maintains an active practice in both Indiana and Florida, being licensed to practice law in both states.

Greg is one of only a handful of Indiana lawyers named as a “Super Lawyer” in the area of construction law by Indianapolis Monthly (2012-present).  He was an adjunct faculty instructor teaching Construction Law and Ethics at the Purdue School of Engineering and Technology at IUPUI (2004, 2011-2014) Greg began his legal career in 1984 at the Indianapolis law firm of Dutton Kappes & Overman, where he assisted with litigation representing large contractors. Greg later became a partner in the Indianapolis law firm of Bose McKinney & Evans and was the founder and chair of the firm’s construction law practice group until he left to form Easter & Cavosie in 1996.

Greg’s focuses his practice on the negotiation and drafting of design and construction contracts and the evaluation, mediation and arbitration of construction-related disputes on all types of projects located throughout the United States – from small commercial projects to large distribution facilities and public infrastructure projects. As a member of the American Arbitration Association’s Panel of Neutrals, Greg also serves as an arbitrator to determine construction-related disputes.

Greg serves a wide variety of construction industry participants including developers and private owners; publicly-owned and custom builders; contractors, construction managers, and design-builders; architects, engineers and other design professionals; specialty and other subcontractors; and material and equipment suppliers. He has successfully closed over $2-3 billion-worth of development and construction contracts for several clients on projects located throughout the United States.

Although Greg cut his teeth trying cases to judges and juries, he shifted his focus to the mediation and arbitration of construction -related disputes when he joined with litigation-specialist Mike Cavosie in 1996 to form Easter & Cavosie. Whether serving as an advocate for his client or neutral arbitrator to determine disputes between private parties, Greg’s mediation and arbitration experience is vast: